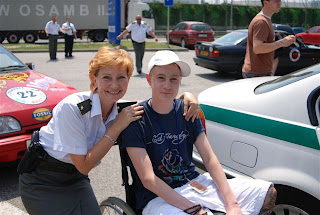 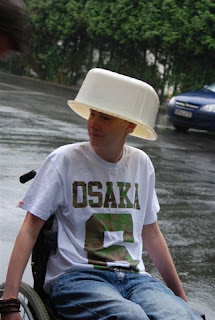 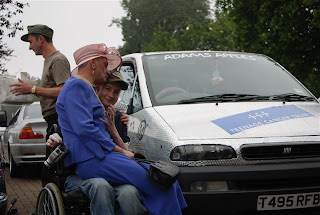 I know, I know, I was supposed to send updates on the move from the rally but I left the laptop charger in a hostel early on so that put paid to a lot of my great ideas!

We had a ball! The week went like a flash and the car got us there in style and in good form.

It’s impossible to write enough to fill everyone in on how the trip went but suffice to say that Adam had a great ime, he enjoyed meeting all the people and visiting the various places!

I have uploaded the photos I took last week to an album at http://picasaweb.google.co.uk/colinhorn1/Dumball

I make no apologies if any of the photos are considered distasteful or offensive, that’s part of the plan with the Dumball!

Adam had his stump cast on Monday and we hope that he’ll have his initial leg fitted next Monday, he is really excited by this as it is the start of the return of his independence