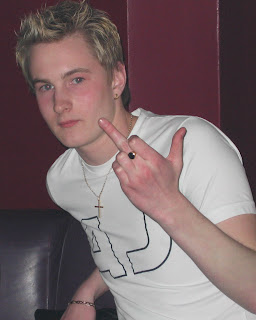 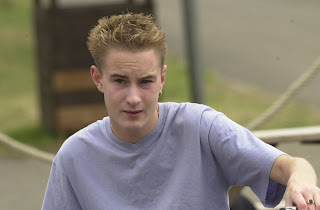 On Saturday Adam would have been 23.

Those who have lost someone say that it is the anniversaries, particularly in the first year, that are the worst times. I guess it’s a good day to be busy.

In order to be busy, I am heading up to lake Windermere to swim a mile in the lake as part of the Great North Swim along with a couple of thousand other lunatics, it seems that the water temperature is around the 15-16 degrees… I checked yesterday and the aircondtioning in my car has a minimum temperature of 16 degrees!

My sis, Jackie has spent this week walking in the lake district to take part in a 90 mile trek to raise funds for TCT and there are others who are variously taking part in a number of other events such as swimming in the Thames and, in the case of some of his mates I’m sure, drinking a whole load of lager!

He said to me often, ‘dad, I don’t want people to be sad, but I do want them to know that I’ve been here and to remember me’ so I would say to everyone who still reads the updates, take a moment, close your eyes and remember the boy at some point during the day, he will be up there, kicking back and winding up a few angels I just know it!

And if anyone finds themselves in the premises of somewhere that sells alcoholic beverages, then the tradition we established on Dumball 2008 is great to uphold.. the first drink of the night is a toast to ‘the boy’