This one's for you son 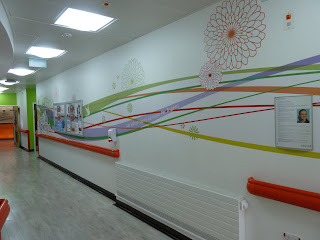 Well, It's been a long time coming and today has been bittersweet in many ways but at last the Teenage Cancer Trust unit at the Royal Marsden is almost ready to admit teenagers for treatment, its an amazing unit and Adam gets to have a presence in a couple of places, (look closely in the purple band) I think he'd like that......
Posted by Colin at 19:59 1 comment: 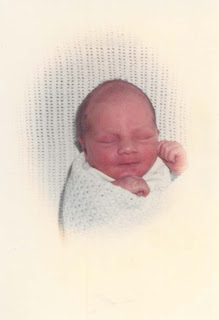 It's hard to believe that 26 years ago this morning we were experiencing the joy of holding a noisy, wrinkly pink thing in our arms, I was moved to tears by the experience, not least because his leisurely entrance to the world became a bit more hurried after a lengthy night for Pauline as the medical staff, who had previously been relaxed and casual, turned into a slick machine to make sure he got to meet us all safely.
As with every pair of new parents, we were enthralled by this new being and by the potential he had in front of him, having seen him grow into a typical teenager we were proud as any parents could be, the joy of all that went before came crashing to an end when he was diagnosed and through his illness as the spectre of possibility that he may leave us sooner than most became a real possibility.
And on days like today, the knowledge of what he was, coupled with the experience of seeing him become who he was, is marred by the reality of his passing and the wondering of what he might have become, today though is a day to celebrate his life, albeit too short for our liking; but its true to say that he was an old soul and he lived more in his 22 years than many do in a lifetime, he was inspirational to many and there are people whose lives he touched and whose lives are improve simply as a result of his being.
In order to try and celebrate, I had that annual visit to Clintons et al in order to find an appropriate card for his birthday, it seems that there is a card for every occassion and every relative and even pet! But sadly not yet one for a son who is no longer with us.
So I chose a card for a son who is with us, because in so many ways he is still with us, his image is visible in so many places, both public and private and his videos are still watched by people, we're as proud of him today as we have ever been and I know he will be having the biggest of bashes up there in the skies; Mr Horns' 21 + 5 will indeed be a biggie I'm sure! I'm not drinking at the moment as some training beckons but perhaps this evening, on a bench by the sea, a Corona may just find itself opened in honour of Mr Horn - 'The real one' x
Posted by Colin at 11:38 2 comments:

A piece of Brighton is forever Mr Horns... 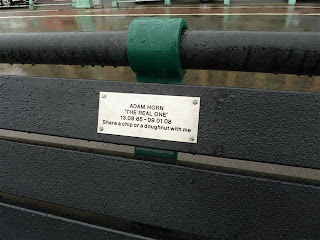 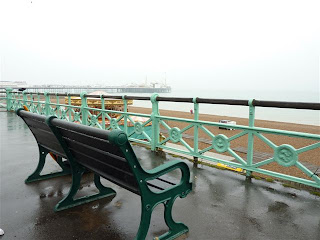 After much too long there is now a piece of Adams favourite place that is forever his... I think he'd have liked the view and on the day it was installed naturally it was raining and I went down to sit on it and eat some chips, normally there would loads of seagulls marauding for a chip.. on this occassion there was just one... with a busted left leg causing it to limp.... go figure .. love to all
Posted by Colin at 10:57 3 comments: